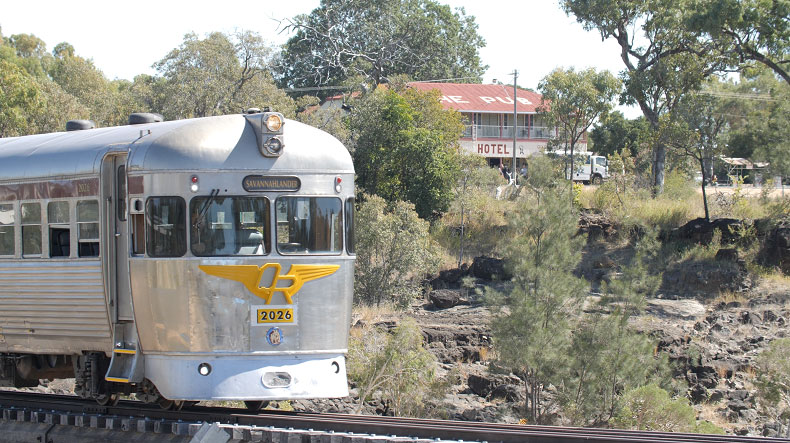 The township of Einasleigh, originally named Copperfield, was laid out in 1900 by the mining warden on a new township reserve established near the Einasleigh Company's copper mine. Although the company had been formed only in the previous year, already two hotels, a store, a billiard room, and butcher and baker shops were being built and funds were being collected for a school. The town briefly became the largest population centre in the shire during construction of the Chillagoe Company's Etheridge Railway in the years 1907-10. After the closure of the mine in the 1920s, however, the township almost disappeared and was saved from extinction only by its location on the railway.

Found by Richard Daintree in 1866, the Einasleigh copper deposit was one of the earliest mineral discoveries in north Queensland. It was initially too remote to develop and was abandoned and virtually forgotten after Daintree's death. The Chillagoe Company rediscovered the Einasleigh shaft when exploring the area and began developing it in 1900 through its subsidiary, the Einasleigh Copper Mines Company. A small blast furnace was erected for smelting in 1902, but until the opening of the Etheridge Railway in 1910 operations proved uneconomical because of high transport costs. The mine closed when the Chillagoe Smelters were shut down in 1914.

Acquired by the Queensland Government in 1919 as part of the assets of the Chillagoe Company, it returned to full production the following year, supplying the reopened Chillagoe Smelters. As the Einasleigh State Mine, it finally closed in 1922 as a result of depleted ore reserves and a post-war drop in the world copper price.

Einasleigh sits on the Eastern edge of the Newcastle Range, on the banks of the Copperfield River.  Einasleigh is on the old Chillagoe to Forsayth railway.  Once a Copper mining town, Einasleigh is set at the foot of Red Rock Hill and the Caterpillar Range.​

The Einasleigh Hotel situated only walking distance from the brilliant Copperfield George is home to a truly magnificent miniature furniture collection, truly of museum quality, this collection should not be missed.

The well-appointed park with a shaded adventure playground, The History Memorial Tree and free electric barbeques is a monument to the men who lost their lives in the Blackhawk Training Disaster, as they helped out in the establishment of the park.

The history of hardship in a small town is often written on the headstones of those who lost their lives in its development.  The Einasleigh cemetery is well maintained and provides many gravesites which create a picture of the townships past.

The main event for Einasleigh is Easter@Einasleigh, comprising of Horse Racing and Rodeo, which are held over the Easter week end, this week end is legendary and should not to be missed.  The event attracts many visitors coming out for the racing, rodeo, swimming, fishing entertainment and a taste of true country spirit. Also held annually in Einasleigh are the annual Campdraft and Horse Sports.

Although Einasleigh is the smallest town in our region, it has Silk's Rest, The Copperfield Lodge & The Einasleigh Hotel to accommodate travellers. 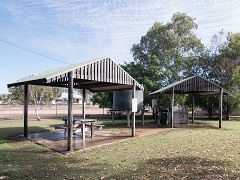 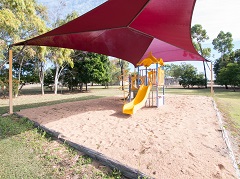 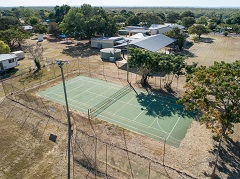 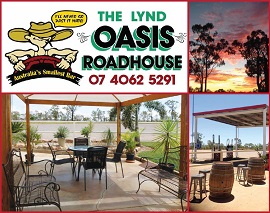